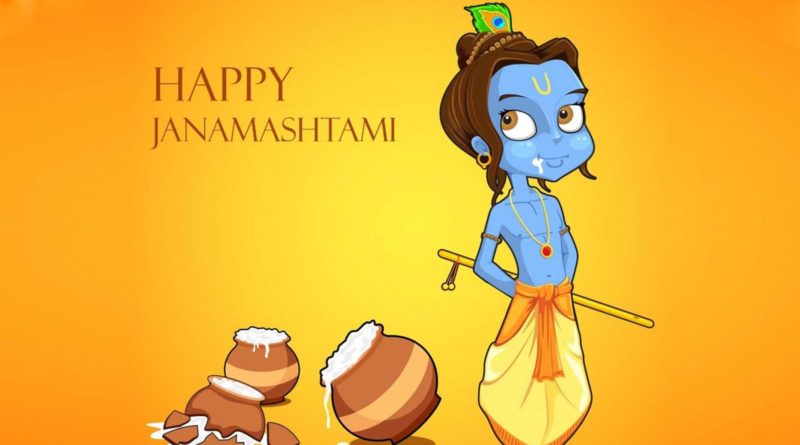 The festival of Janmashtami is a festival for Hindus and is celebrated every year. It is celebrated as the birth anniversary of Lord Krishna, hence this is called Krishna Janmashtami. This day is also known by many other names such as – Sri Krishna Jayanti, Gokulashtami, Krishnashtami, Ashtami Rohini, etc. Lord Krishna was the God of the Hindu Religion. Krishna was born on the earth in human form so that he can save human life and remove the evil power.

When sin, oppression, and hatred increase in the world, religion begins to be destroyed, and the miserable oppressors, then take great power in this world and establish religion. Sri Krishna had embraced the earth only when the torture of Kansa had increased a lot and the oppressed of the poor started suffering. His appearance seemed very attractive to see because all the gopis were fascinated by him. A flute was in his hands and a peacock feather was on their head. World Humanitarian Day

Krishna was born at 12 am at night. According to the Hindu calendar, Krishna Janmashtami falls on the Ashtami day of Shravan. His father’s name was Vasudeva and his mother’s name was Devaki. But Nand and Yashoda rearing the Krishna. This festival falls in August or September month.

The birthday of Lord Krishna is celebrated with great enthusiasm Janmashtami is celebrated as Lord Krishna’s birthday. Sri Krishna was the eighth son of Devaki and Vasudev. The town of Mathura was the King of Kansas and he was very cruel.

When and Why Celebrated Janmashtami

The tortures of Kams were increasing day by day. At one time the sky became that the eighth son of his sister Devaki would kill him. When Devaki was born the eighth child, Lord Vishnu ordered Vasudev to reach Krishna to Yashoda mother of Gokul and Nand Baba, where she could be safe. Due to the happiness of his birth, every year the festival of Janmashtami began to be celebrated.

At this festival, the temple starts decorating three days before Shri Krishna Janmashtami. On the day of Janmashtami, the beauty of the temple reaches its climax. The buildings are decorated with lightning-colored bulbs. For this reason, we should adopt the message of Shri Krishna. Whenever there is hardship in the world, sin, incest, and corruption increase, and some great power also takes birth to eliminate it.

That is why a man should always be engaged in good deeds. If you want to celebrate the beautiful festival with your friends and family members so send your wishes. here you get all kinds of wishes, cards, images, and wallpaper. Enjoy the beautiful day.