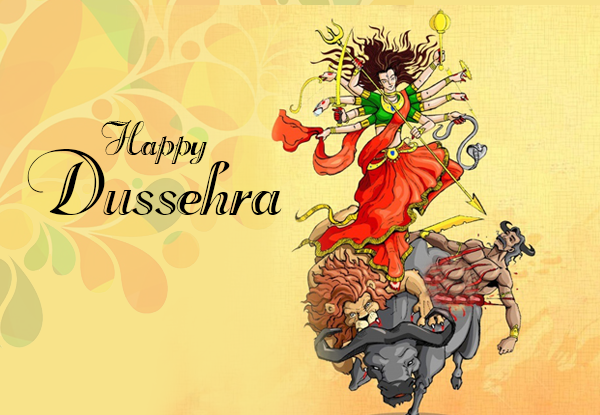 Dussehra is a very important festival of the Hindu Religion. It is celebrated every year by people all over India.  It is celebrated on the tenth day of the Shukla Paksha of the mountain month. It is a religious and traditional celebration. Dussehra’s word is related to shakti, just like Saraswati is worshipped for knowledge in the same way mother Durga is worshipped for shakti.

The word Dussehra has its origin in the Sanskrit word – ” Das-har” which literally means getting rid of ten evils. The Dussehra festival is celebrated to commemorate Lord Rama’s victory over Ravana by rescuing his abducted wife and symbolizing the victory of good over evil.

Dussehra is celebrated in different forms in different parts of the country. Indian people celebrate this festival with joy. On the day of Dussehra or Vijayadashmi, the crowd starts in the markets in the morning itself.

The shops for toys, sweets, and fruits are decorated and there are various stalls on the roads too. Food shops are crowded. Different types of delicious food are prepared at home.

Dussehra is worshipped in the houses in the morning. People worship their scriptures. People go to see Ramlila in the evening. Ramlila is very crowded on this day. The battle of Rama and Ravana is shown on this day. Rama kills Ravana. Then large effigies of Ravana, Meghnad, and Kumbhakarna are lit.

Crackers are also filled in these mannequins. Various types of fireworks are also performed before burning the effigies. Children are very happy with the sound of firecrackers and fireworks. Thus Dussehra is celebrated to symbolize the victory of good over evil.

How do you celebrate Dussehra?

Power is very important in life, so devotees pray to Shakti from Mother Durga. Statues of Mahishasura Mardini Maa Durga are installed in the provinces of Pt. Bengal, Bihar, Jharkhand, etc. The recitation of Durga Saptashati continues for nine days. On the day of Vijayadashami, there is a program of immersion in the idols of Goddess Durga. The idols are taken through various routes on the banks of a river or lake.

They are immersed there. In this way, the festival lasting ten days comes to an end. On this day people wish everyone and share pictures on Pinterest, Facebook, and Whatsapp. Here you get beautiful wishes for your near and dear ones. Easy to share on social sites also. And easy to download.